By Zoltan Szogyenyi on February 9, 2011
Last revised by: Zoltan-Lorand Szogyenyi, our reviewer, on March 8, 2011.
Tweet

At last, we have the chance to take a closer look to the design of a 3D display capable Android tablet, the LG G-Slate. The operator that will offer the new tablet is T-Mobile, while having a dual camera which supports stereoscopic (aka 3D) video recording. Considering the technology it supports, LG G-Slate is one of the most exciting tablets that will be announced at MWC 2011, Friday. 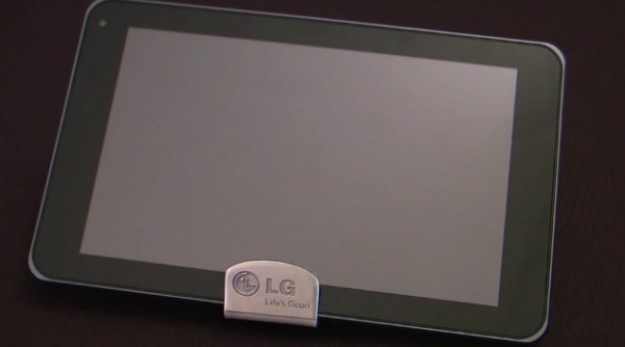 The specifications of this device includes a Tegra 2 (1GHz Dual-Core) CPU, an 8.9 inch 3D Display, 32 GB storing space, a 2MP front-facing camera and the unique dual lenses for the 3D video recording. The OS is the newly-introduced Android 3.0 Honeycomb featuring a tablet-like based UI and experience. The design of this handset is very similar to the LG Optimus 2X due to its line of steel that can be found on the back.

Let’s take a look at the Hands-On video:

The gadget is very promising, the only disadvantage could be the price. We believe that it could be around $800, just like the Motorola XOOM. LG G-Slate will be introduced at MWC on February 14th. We’ll keep this updated.