By Zoltan Szogyenyi on February 10, 2011
Last revised by: Zoltan-Lorand Szogyenyi, our reviewer, on March 8, 2011.
Tweet

We heard a lot of rumors regarding to a possible Facebook phone, manufactured by HTC. The rumors seem to be real, unfortunately it will only feature a Facebook button near the other ones found at the bottom of the phone. The handset will be introduced at MWC 2011,  Monday. 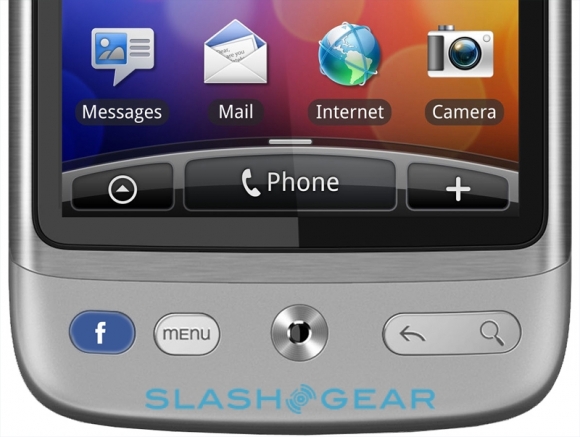 INQ Mobile presented the first possible Facebook phones and we hear that they will take part of this project as well. The button’s functionality is unknown, but we suppose it will be just a shortcut to the Facebook Application. The #1 social network is spreading all across the world having it’s role on smartphones, tablets, even on an Oscar premiered movies. We’ll see if the rumored button will be announced at MWC, or not.