Lucky Finns… The Nokia E7 handset finally arrived in some of the stores in Finland – after nearly 5 months of waiting – being one of the most awaited and appreciated device from Nokia. In addition, E7 is a remake of the Nokia N8 featuring a pleasant and clean full sliding QWERTY keyboard. The price is exactly €495, excluding taxes or subsidies. 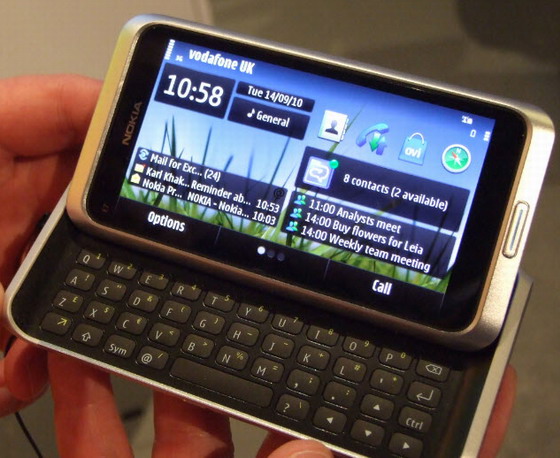 Nokia E7 supports the latest Symbian^3 version, having a 4-inch touchscreen display featuring the new ClearBlack Nokia tech, which noticeably increases the visibility of the display outdoors. The most exciting aspect about the handset is the tilt-sliding 4-row full QWERTY keyboard. It has a 16 GB onboard storage and an 8MP camera with dual LED flash along with the 720p video recording capability. 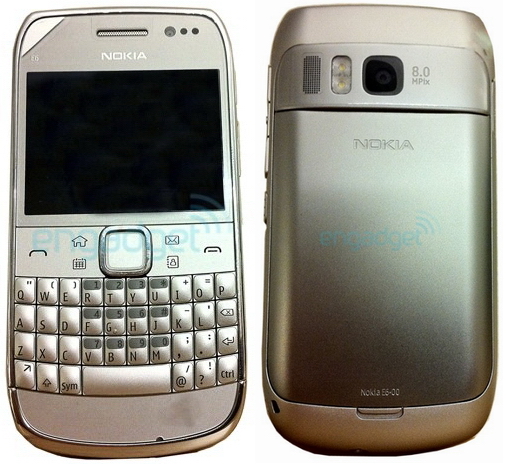 On the other side, Engadget found an unannounced Nokia handset being named Nokia E6-00. E6 is a QWERTY candybar device, featuring an 8MP camera with dual LED flash, front-facing camera for video calling and a possible VGA display. We’ll see if the new found Nokia whether will, or not be introduced at MWC 2011.