By Zoltan Szogyenyi on February 13, 2011
Last revised by:
Tweet

Looks like the NFC (Near Field Communication) technology is spreading away pretty fast, already available on the Android 2.3 Gingerbread, some BlackBerry and the upcoming iPhone devices. As said, Samsung Wave 578 will be introduced at the first day of Mobile World Congress, featuring the Bada OS 2.0 and NFC tech. 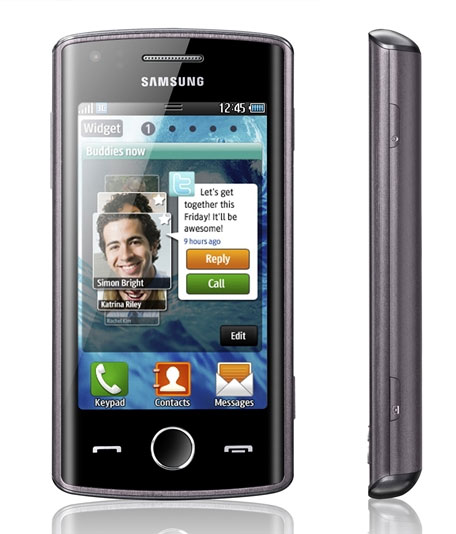 The handset is a mid-range type, sporting a WQVGA 3.2 inch display, 3.2 MP camera, WiFi, Bluetooth and video calling. According to Moveplayer, the new version of the Bada OS will be 1.2, instead of 2.0 (Bada OS is made by Samsung).

The design is pretty nice, simple and intuitive. At the top of the screen you can notice the front-facing camera for video calling (likely VGA), the speaker and the proximity sensor, while at the bottom  of the screen is the Phone Accept/Decline and the OK + Navigation buttons. On the right side of the handset is the Power OnOff and probably the Camera Launch buttons.

Further informations will be given tomorrow, at MWC 2011. Stay tuned.