As you can see below, there is a possibility that Sony Ericsson might launch a WP7 handset this year. I’m not being surprised, since nearly all of the top manufacturer’s like HTC, Dell or Samsung has at least one Windows Phone 7 device within their pocket. 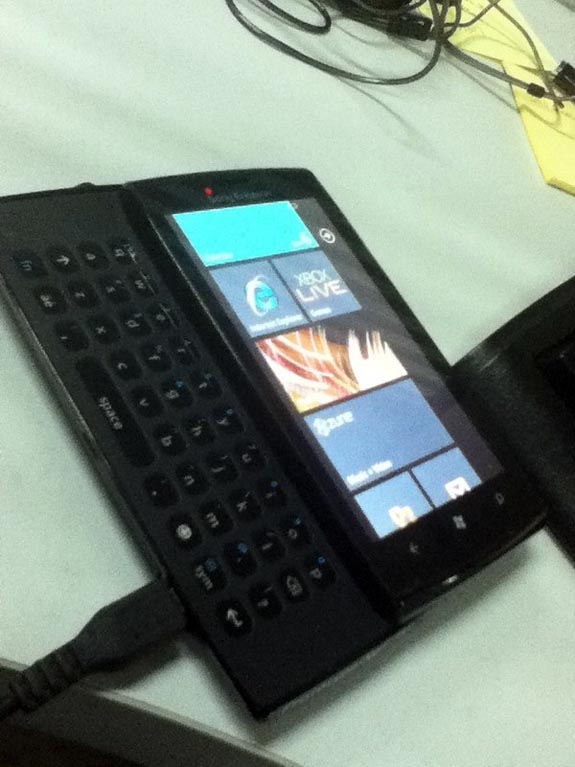 The design of this “Sony Ericsson Xperia 7” reminds us the HTC 7 Pro, featuring a sliding QWERTY keyboard. It has the significant Windows Phone buttons, the Back, Home and Search. Unfortunately, we have no image with the back of the phone, although I suppose that it should sport at least an 8 MP camera, we’re talking about SE after all..

According to Pocketnow, while they took a closer look to the image, they believe that it uses the older version of the OS, meaning that Sony Ericsson could’ve been working on this handset for a longer time, or it just could be a fake.

I hope that this isn’t just a fake made by a hacker. Wouldn’t it be sexy? WP7 with the Xperia’s design and an at least 8 MP camera?